As this is my first Magpie Monday I thought I'd have a bit of a roundup of the things I've bought in the last few weeks since I've moved. These are a from a trawl of the local charity shops and auctions (I'm downright dangerous in an auction!)
In no particular order.....
Last weekend we had a bit of a mammoth picture hanging day. I'd previously bought a lot of old book illustrations at the auction and framed them so we had a few to hang. It was only after we'd finished that I realised they were all picture my hubby liked (ships and car/vw prints) In an effort to even things up I decided to have a least one wall of the house for me. As luck would have it I saw this for £4.50. It will go up on the wall in the next round of picture hanging. 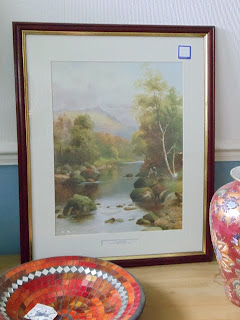 The pictures below were bought at an auction for £10. They are miniatures but the frames are so detailed. My youngest daughter has nicked the flower one for her bedroom :( 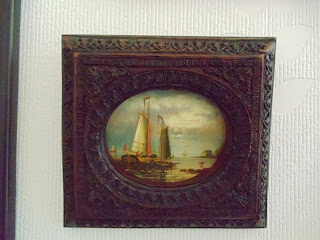 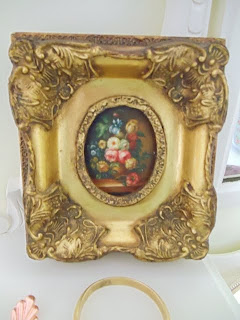 My youngest loves decoupaging things. We bought this dish for 10p in a charity shop. It was a rather tatty looking terracotta dish that looked like it had been in the garden but looks brilliant after she worked her magic. The brooches in it are from an auction lot. 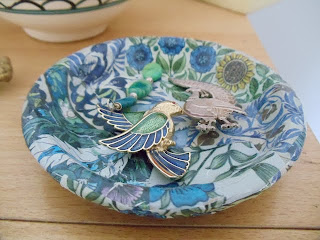 More decoupage....  Nicky and I were wandering around one of the local Greenwich and Bexley hospice shops and we found a big box filled with wooden letters from Urban Outfitters. I think they were originally about £6 in the shop. We paid £1 a letter. It took us about half an hour to find the right letters and all the time we were blocking up the gangway. Talk about not popular but the woman behind the counter was lovely telling us to take our time. Trust me, Nicky wasn't going anywhere without all the letters she wanted :) Anyway she got them home and painted them white then decoupaged them. I think they look brilliant! 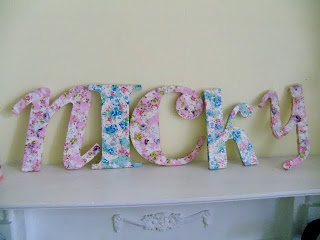 The soap dispenser isn't a charity shop find but it did only cost 20p in TK Maxx so I'm including it - Before and after shots :) The lavender oil was 50p in a charity shop box 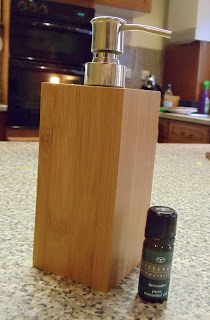 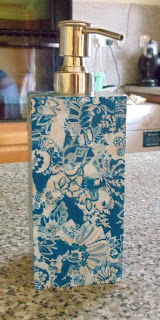 These tins were from the same box as the lavender oil and were 50p each. 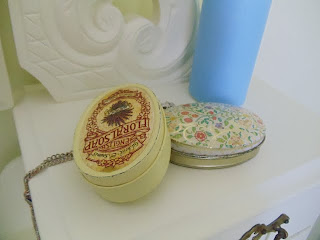 Another decoupaged bowl that cost 50p. It started off life as a wooden bowl and I got it in a second-hand/vintage shop. The china pill box was £1 and a charity shop find. So was the silver bowl they are sitting on 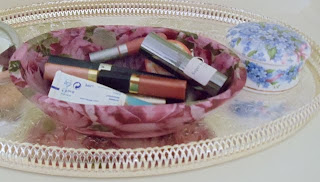 This is a copper tray I found in trhe second hand shop and I paid £1 for it. I have to be honest and say its still got a few stains on it but it looks good with my perfume on it so I can put up with some beauty spots :) 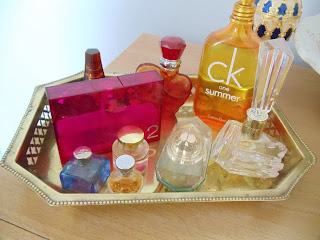 FIngers crossed it doesn't rain on Sunday and I can get to a boot sale. I haven't been to one in months! I've been saving my change for weeks!
Linking with Magpie Monday on Me and My Shadow :)

Take a look at my Etsy shop